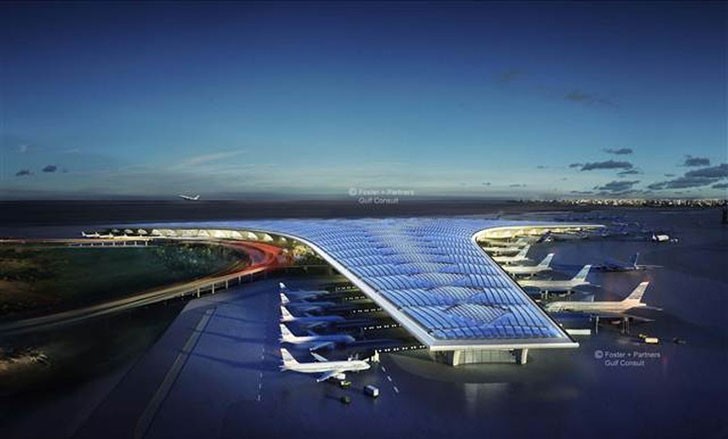 On May 9th in a ceremony held in Gulf country , Limak Holding the company which manages Prishtina International Airport for six years has laid the foundation stone for a $4.3 billion airport terminal project. This is the largest tender won abroad in a single package by Turkish contractors The expansion of the Kuwait International Airport will triple its capacity to 25 million passengers a year and is the largest contract to date for a Turkish company in the Gulf state.

The new terminal was initially scheduled to be completed within six years, but Limak chairman Nihat Özdemir said it may be done within four years. Whereas the head of airport operation at Limak Group

Haldun Firat Kokturk who is BOD member and CEO of Pristina International Airport said: 'We are currently in discussion with the relevant authorities to expand our interest in operating Kuwait airport in the future’. Furthermore, he stated that Limak group is also interested to continue with its Corporate Social Responsibility projects in Kuwait too similar to Limak Airport Services Institute and other supportive projects in education arts and culture, aiming to invest as more as possible in the youth of this country.

The project is part of an $8.2 billion strategic development plan for the Kuwaiti airport, which includes a new runway, a control tower and a smaller passenger terminal, Civil Aviation Chief Sheikh Salman Humoud Al-Sabah said.

The development plan is expected to be completed in 2020.

Negotiations between Ankara and the six countries of the GCC, Bahrain, Kuwait, Oman, Qatar, Saudi Arabia and the United Arab Emirates, are underway for a free trade agreement.